UN Commission on the Status of Women 2O21 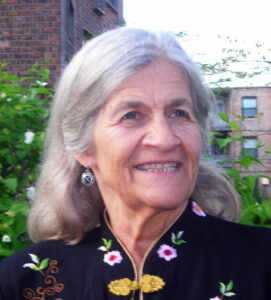 Lucina Kathmann UN Commission on the Status of Women 2O21

The 65th session of the Commission on the Status of Women opened March 15, 2021,with a Town Hall event featuring the Secretary General of the United Nations, Antonio Guterres, former prime minister of Portugal, flanked by Phumzile Mlambo-Ngcuka, Director of UN Women and Assistant Secretary General, also a former Vice President of South Africa.

Those stunning credentials show something about the United Nations. It is basically a club of governments which accepts input from civil society only rarely. On the other hand it is a place where very distinguished states people put their energies. Over the years a raft of them: Mary Robisnson, first woman president of Ireland,1990-1997, served as UN High Commissioner for Human Rights (1997-2002); Michelle Bachelet, twice president of Chile, first head of UN Women, was jailed during the time of the military juntas, and so on.

The UN is a place where he average governmental representative says what he/she is paid to say; but it is also a place where one can hear people of great wisdom and judgment, people who by popular acclaim transcend the parties who proposed them and the countries where they were elected. These outstanding people are also often the first to recognize the importance of civil society, of NGOs such as PEN International. It is actually a mark of that sort of political person that they immediately acknowledge the NGOs in their area.

I am in the UN space (real or cyber) year after year in representation of PEN International’s Women Writers Committee. I go with my colleagues Elizabeth Starcevic and Tsung Su,with whom it is an honor to serve. We have the same dream as Antonio, Phumzile, Michelle Bachelet, Mary Robinson and millions of others. We have a notion of the peaceful development of one small planet with equality of gender, which increasingly appears to be an absolute precondition of that development.

This year we start with a context which in the past would have been unheard of. For the second year, we are prevented by a catastrophic pandemic from meeting in the UN buildings in New York. We are physically just in our regular bedrooms, studies and living rooms. How it looks on the ground is pretty pathetic. However, we do not choose the life offered us; we choose what we do with it. So let’s accept it. Let ‘s let Antonio and Phumzile tell us which way to go.

They say that this year the problem is violence against women. With the restrictions on travel, even in some cases travel to the next block, a lot of violent people are stuck in the home. And, a surprise to me, Phumzile and Antonio say that there has also been a tremendous uptick in early and forced marriages. The people, having lost their usual form of economic survival, are selling off their daughters. It isn’t all selfish; they are hoping that their daughters’ husbands will feed them; they no longer can. There are extremely hard choices involved here. Clearly women must be fully represented in all measures to recover from the pandemic at every level including the economic, if necessary forcibly by the institution of quotas. Guterres reminded us, “Power is usually not given, it is taken.”

For a body concerned with advancement of women, the pandemic is a disaster. Nonetheless, we still have our responsibilities. We are not exempt because the scene is not encouraging. It never was encouraging. We are charged with an aspect of the advancement of women: freedom of expression. Elizabeth, Tsung Su and I go on trying to determine which sessions might be most appropriate for us to attend, taking notes for the PIWWC. This too is what the women’s movement is made up of, just keeping on no matter what. 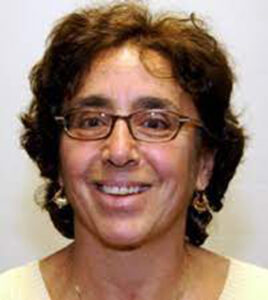 The priority theme: Women’s full and effective participation and decision-making in public life as well as the elimination of violence, for achieving gender equality and the empowerment of all women and girls. There was also a review of the conclusions of the 60th session: “Women’s empowerment and the link to sustainable development.” The themes repeat, progress is made and progress is lost. As was the case this year.

As always, the goals are lofty, some progress is achieved but the reality is that women have not reached gender equality. And now there was/is COVID! Just as in the reports in the U.S. about the ways the pandemic has shown a light on : social inequality – report after report at the UN talked about the gigantic decline in in all areas of women’s lives.

For brevity, I want to highlight several but I am surely leaving out many others.

*There has been a huge increase in domestic violence. Many countries want to limit discussion about violence towards women only to those who are married.

*Job loss and poverty have created an increase in child marriage (where there had been some progress against this) and the selling of girl children.

*Many girls are not able to return to school- some through unwanted pregnancies, some from being sent to work.

* Hate speech -on line and in public is on the rise, much of it directed at women journalists.

* Violence against women in public spaces is on the rise.

* Adherence to international agreements on reproductive rights, access to health care and safe abortion has declined and discussion about it this time showed a lot of resistence and backstepping in access, as we can see in the U.S. On a positive note, Argentina finally passed a law legalizing abortion.

* Female Genital Mutilation is once again increasing. (This is another area where there was progress, now going backward).

* The use of the term “sovereignty” to justify and validate a return to and a reinforcement of religious and cultural practices that are harmful to women, is on the rise in a number of countries.

* Women and children are most affected by climate change disasters and are the largest number of displaced “migrants ” .

Civil society – which is where PEN as an NGO is situated- was not able to impact the processes and meetings in the way it could when we coulda ttend in person. But meeting after meeting showed determination and commitment to fight for equity.

Obviously, hate speech on line and off, attacks on women journalists and writers, imprisonment and murder loom large as challenge areas for PEN .

There was resistance by some countries to seeing girls and adolescents as competent and independent actors. There was a lot of back-stepping on the topic of human rights. There were challenging discussions on racial justice and on reparations. And so it was- in the sessions I attended. Wonderful, enthusiastic women talking about the need for: quotas on committees and in elections and at meetings. Talking about need for more data, more involvement and more power to impact in the spaces that impact on them. Wonderful, persistent women raising the issues affecting women negatively, posing possible “best practices” and insisting on funding from the international institutions, from the states and local governments, from the private sector, to make things fairer and better for women and girls.

All agreed that things had “gone backwards” but were determined to find the national and international agreements that support equity for women in all spheres and to use them to underpin the gains that have been achieved. This will allow efforts to achieve gender equality and to empower women all over the world to move forward.