CHICAGO CITY OF REFUGE INITIATIVE — a project of Chicago Network for Justice and Peace –  proudly presents Solomon Fikre Lemma our featured writer in exile for Winter 2020. Solomon and his wife Mesrak are in exile in Chicago because of their work for civil and human rights in Ethiopia. You may contact Solomon through our website.

SOLOMON FIKRE LEMMA
Solomon Fikre Lemma currently serves as a visiting scholar at Northwestern University and a research scholar at the UIC John Marshall Law School in Chicago, Illinois. He is also a recipient of a fellowship from the International Institute of Education, New York, New York. Solomon holds a Ph.D. from the University of Warwick School of Law with specialization in law and socio-economic development. Solomon also holds an LL.M. from Erasmus University School of Law with specialization in international business and trade law. Moreover, Solomon holds an LL.B. with Distinction from Addis University School of Law. 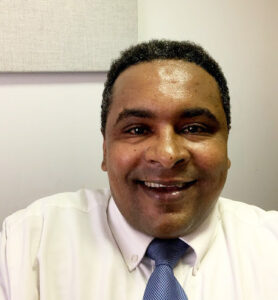 Solomon has served as Dean of the College of Law and Governance Studies of Addis Ababa University from 2015 to 2017. The College is the oldest, largest and most prestigious institution of higher education for the study of law, government, and human rights in Ethiopia and the region.

Solomon has published two books, chapters in books, and articles. Solomon’s two books, based on his Ph.D. and LL.M. dissertations respectively, are “The Challenges of Land Law Reform, Smallholder Agricultural Productivity, and Poverty in Ethiopia” and “What is Wrong with Derivative Action? A Critical Look at Derivative Shareholder Action under the US Federal Corporate Legal Regime”.

In his writings, Solomon has forcefully challenged the three fundamental foundations of the rule of the regime in Ethiopia: Land Rights; Ethnic Politics; Human Rights. His writings put Solomon on a collision course with officials and supporters of the regime, which does not tolerate critical or independent views. 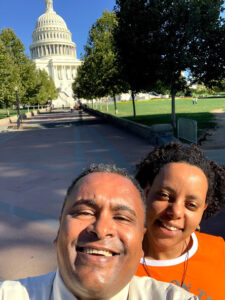 Land Rights: Solomon has opposed the state land ownership policy that guarantees the regime power to control and distribute land exclusively as government property. He has spoken out and written against the extensive land grabbing committed under the pretext of foreign investment and urban expansion with little or no compensation to smallholder farmers. Solomon has called for the abolition of the policy of state land ownership and the institution of private ownership with certain conditions so as to end the use of land as a political instrument by the regime and to foster agricultural productivity and socio-economic development.

Ethnic Politics: The regime rules by dividing the people and the country into ethnic enclaves called regions, zones and districts and precincts known as “woredas” and “kebeles”. The regime believes it can sustain its repressive rule only by dividing the people of the country along ethnic and religious lines and by constantly pitting one ethnicity or religion against the other. The regime forces even the so-called “loyal opposition” and any form of political association to be along ethnic lines. Solomon advocates for democratic Ethiopianism and firmly opposes the regime’s system of ethnic politics because he believes that unbridled ethnic politics has torn the fabric of the Ethiopian society apart, and would inevitably lead to ethnic violence and the destruction of Ethiopia as a country. 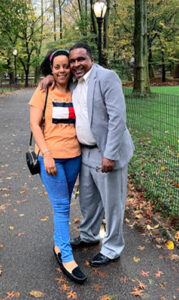 Human Rights: Solomon has spoken out, and still continues to do so, against the egregious human rights violations that the regime perpetrates against its real and perceived enemies, opponents and critics. The regime and its supporters consider the advocacy of human rights as a treasonous act of defaming the country, the government and its officials, and of feeding information to national enemies, endangering thereby the efforts of the government to ensure peace and security and promote economic development in the country.

Furthermore, Solomon has worked on the issue of religion, culture and social development, another critical issue at the top of the Ethiopian national agenda. In his capacity as Dean of the College of Law and Governance Studies of Addis Ababa University, Solomon has helped organize conferences on law, religion, and social development in collaboration with Brigham University School of Law of Provo, Utah and Stellenbosch University of Stellenbosch, Western Cape, South Africa. Solomon has presented research papers at two of those conferences that were held in Provo, Utah, and Addis Ababa, Ethiopia.