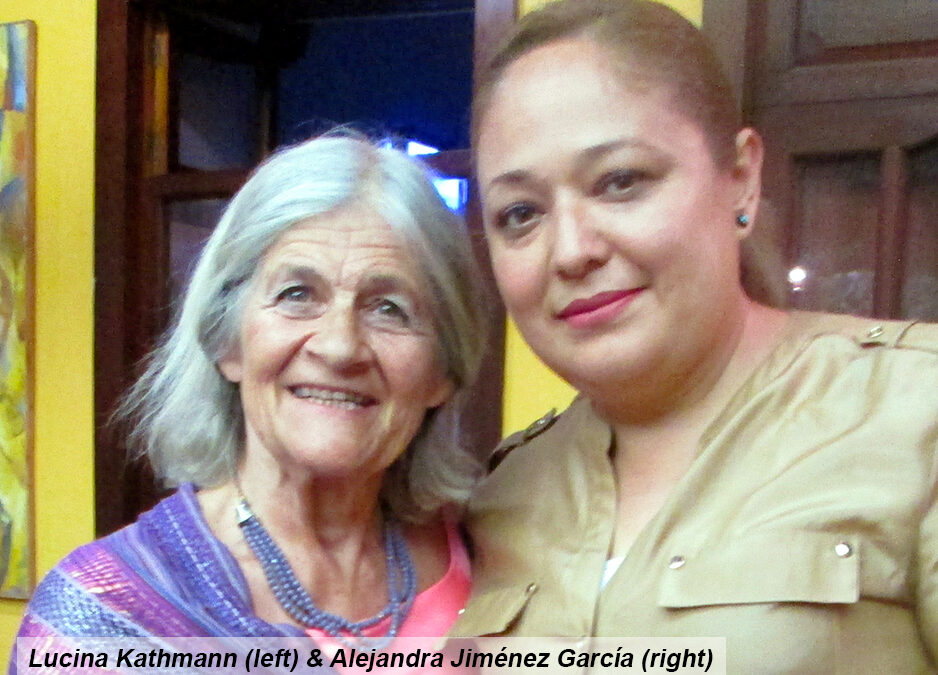 Mexico is the second most dangerous country in the world to practice journalism, second only to Syria, which is in a war. Year after year this is Mexico’s rating. Why?

One reason cited by everyone is impunity. According to government statistics only 4 % of reported crimes ever get to the attention of a judge and less than 1.5% result in a perpetrator being sentenced. So basically in Mexico, the fear of being found guilty and punished under the law does not apply. You can kill with no official reprisal, and this is not just for journalists, you can kill whomever you want … although when you kill, it is always possible that other forces which are just as lawless as you might kill you in vengeance. That happens too, with equal impunity.

Another important factor is corruption. This occurs at all levels but I am talking about the close relationship between governmental forces and criminal elements. There are many mechanisms for justice which have been coopted by various tactics, by money, fear etc.

There may also be deficiencies in the law codes and inadequate resources available for combatting crime, but more important than these is the impenetrable wall of lack of political will – higher than any wall of Trump’s. For example, the FEADLE, an organism created by the federal government to combat violence against journalists and human rights workers. In its nine years of existence it has gotten only one conviction in a murder case. FEADLE excludes the great majority of cases as falling outside its jurisdiction. These cases allegedly fall under that of the state or the county where the crime was committed. But forces in the county or state where the crime took place can’t act because of fear of vengeance against their families. It was precisely to address this situation that the FEADLE was created in the first place. Now, instead of putting an end to excuses for not taking action, it is number one in perpetuating them.

The result is the situation that we have, a huge number of murders of journalist and a well-founded state of terror throughout that profession.

Threats and hate speech usually precede the murder of a journalist. Not always. Some journalists are murdered without ever suspecting that somebody wanted to murder them. But the majority had received death threats before being murdered, and many had been victims of long and horrifying threat campaigns. When writers from the three PEN groups in Mexico met in my house, we found out that everyone present who wrote in Spanish had been threatened. (Writers in English have not been the target of these attacks so far.)

Death threats generate an atmosphere of fear, precisely the effect for which they were designed. Maybe the perpetrators will kill the target of their harassment as well, but what they want first and always is to scare him/her. If they manage to create an atmosphere of terror, that is perfect because it will silence others too. The families, the colleagues and everyone in the area will be terrified; the perpetrators will not even have to threaten them one by one. Very efficient.

In San Miguel PEN we follow these cases. We have a website with information in English about the cases– one of the fastest and most reliable places to get information in English. We also organize memorials to raise public awareness and do other things to confront this situation. If it does not affect ourselves personally, as writers in English, it certainly affects an enormous percentage of our colleagues.

We have observed that, compared with how many journalists are working in Mexico today, the lists of who gets killed contain many women and many indigenous writers. Too many proportionally. They have less in many ways: they earn less, they work for publications with less distribution… . The list of disadvantages is also the list of factors of risk of violence.

All the journalists we meet, men and women, have received threats. Some know from whom, others don’t know. Statistically women worldwide have received more threats and more hate speech. This is not only our observation, according to a study done by The Guardian newspaper, out of 70 million commentaries on their website since 2006, of the ten writers who received the most abuse, eight were women and the other two, black men.

The PEN Women Writers Committee also found that the kind of message that the women journalists receive often refer specifically to their condition as women. I will cite some which were directed to a German woman journalist, I warn you in advance that they are terribly offensive.

At least up to today, Nina George (that’s her name) has not been murdered, and in fact in one case she managed to identify the perpetrator and take him to court. He had to pay a fine and apologize! But that is Germany; I have no confidence that they will catch and punish the perpetrators here.

When I ask threatened women writers if the threats they received have referred particularly to their being women, they all say yes. On reviewing the hate speech that the woman journalists receive – which they receive faster and more efficiently in this era of better communication media – we see that there is tremendous misogyny behind it.

I have a problem with another group, apart from perpetrators, who show their misogyny. It is the police. When they investigate cases of assassination of women journalists, in five minutes the investigators report that the crime has nothing to do with their profession; it surely was committed by a jealous lover, and thus it is not a federal crime.

I don’t know what evidence suggests this to them. To fall when shot in the head is not more characteristic of one gender than another, and one doesn’t fall differently if the shot is fired by an ex-boyfriend or a hired assassin. I know of several cases, for example the case of Regina Martínez, in which it is absolutely certain that there was no jealous boyfriend. Having a jealous boyfriend is not an automatic characteristic of the female sex. I wish someone would explain this to the police everywhere.

Often women journalists are responsible not only for their own lives but also the lives of their children. Many have children and many are single parents as well. They have few resources and cannot quit their jobs for economic reasons. Their situation can be really grave. Terrified and without other resources, even if they are very seriously threatened, they just soldier on terrified.

When my group started to work to help Sanjuana Martínez (who today is director of NOTIMEX, so there is much less risk that she will be killed), she had received very serious threats and was trying to hide out in her own city, which is pretty much impossible. She explained that it was because she would not accept interrupting the education of her children. She said she had fled once before but that was in July and the kids were on vacation.

Dangerous, very dangerous. But I too am a mother and it does not surprise me that a mother would risk her life for the education of her children. Mothers make inconceivable sacrifices every day.

What would help? Publicity and support make a difference. All the women journalists tell me that. The haters and killers prefer to skulk in the shadows; we must shine a spotlight on them.

Lucina Kathmann is a board member of Chicago Network.

Alejandra Jiménez García is a Mexican journalist in hiding because of threats of violence against her because of her investigative reporting.