CHICAGO NETWORK is proud and honored to recommend ‘Artists, Writers and The Arab Spring’ a new work by one of the writers in exile in our Chicago City of Refuge Initiative program. 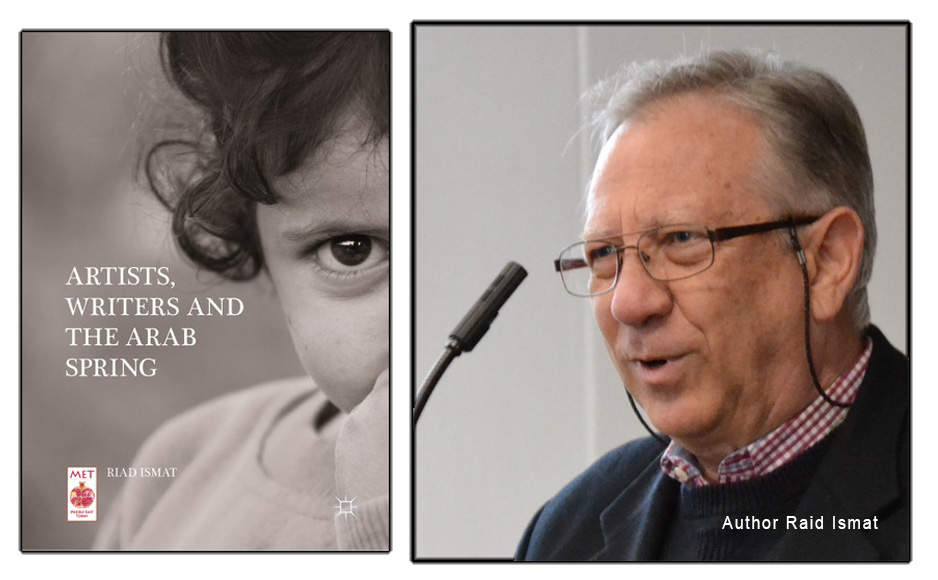 RIAD ISMAT’s ‘Artists, Writers and The Arab Spring‘ explores the foresight of prominent Middle Eastern authors and artists who anticipated the Arab Spring. Eventually, the Arab Spring led to repression of the protesters with excessive force, which caused tremendous human suffering, destruction, and also escalation of extreme insurgency. The author analyzes major literary and artistic works from Egypt, Syria and Tunisia, and their social/political context. This monograph will be helpful to scholars and students in the growing field of Middle Eastern and North African Studies and everyone who is interested in the politics of MENA.  ‘Artists, Writers and The Arab Spring’ is available on Amazon and on Palgrave McMillan websites in hardcover and eBook formats.

RIAD ISMAT, Syrian screenplay writer and playwright, fiction writer, critic and theater director, has to his credit over eighteen plays, five collections of short stories and many books of criticism, published in Syria, Lebanon, Qatar and UAE. Riad has held a British Council scholarship and a Fulbright fellowship. Riad served as ambassador to Pakistan and Qatar; then, was appointed Minister of Culture until he stepped down due to the escalation of violence in 2012 and soon thereafter fled Syria with his family to a safe haven. Riad now resides in Chicago area. He has taught at Northwestern University, North Central College, Columbia College and Newberry Library. He writes a weekly article for Alhurra TV and radio site in Washington DC.