66th Session of the UN Commission on the Status of Women, March 2022

When the 66th Session of the Commission on the Status of Women (CSW) started, I could still not tell what was actually going to happen. They said the meetings would be “hybrid.” I had received a message that there would be no temporary passes for the CSW and the contradictory information that I could pick up my pass at an address on 1st avenue that proved to be the wrong address.

All nations serve on the Commission, but they do so 45 at a time. Those are the official sessions.
What it finally boiled down to is that the official sessions were in person and everything else was online. Both Elizabeth Starcevic and I were able to get passes and sat in on some of the official sessions. The other, online events were in the hundreds. The special topic for the year was the relationship between violence against women and climate change.

From the beginning of the session there were newly discovered words, new UN-speak. The first one I picked up was “resilience.” Programs must be designed to build resilience. Resilience, both in the dictionary and in the UN, is the capacity to bounce back after catastrophe. Although there are aspects of climate change which are silent and smooth enough that they might happen without our noticing them, most climate change is happening catastrophe upon catastrophe. In some places the effect on violence against women is so clear that it is measurable and there are already statistics. Some speakers pointed out that resilience is not good enough because the previous situation was pretty bad. Most of the issues and information brought to discussion were about how to tolerate a world in which catastrophe is becoming more frequent.

The next thing that caught my attention was the claim that climate in government has become a male bastion. With the increased catastrophes many countries have put in new ministers of climate and these jobs are going preponderantly to men. Whatever happens, it somehow always turns out that the default is male. The still-spectacular former president of Ireland and UN High Commissioner of Human Rights Mary Robinson told an anecdote about an early conference on climate in Glasgow which she was widely quoted describing as “pale, stale and male.” The announcements for the conference had included scientific images and one polar bear but none had featured any human being. 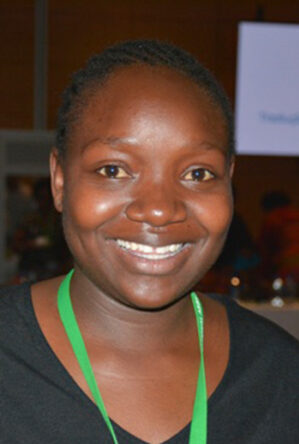 That panel also featured Michelle Bachelet who– between her two terms as president of Chile– was the first head of UN Women and also served as UN High Commissioner of Human Rights. This panel also featured two fine young women, Nyasha Phanisa Sithole from Zimbabwe and Manal Bidar from Morocco, exploring an intergenerational approach.

The main reappearing issues connecting violence against women and climate change were the spike in domestic violence, with some areas reporting an increase of 911 emergency calls of 500% , high numbers of early and forced marriage and the reappearance of female genital mutilation (FGM). Covid, like any other disaster, puts more women and girls at risk of HIV and also interrupts their access to schooling, family planning, health care and many other services. For example, once a flood happens, all attention focuses on the immediate consequences of that disaster. Schools close, clinics close, whatever limited protections women have break down. In too many cases they wind up exchanging sexual favors for drinking water for their children.

On the economic level, many more women than men lost their jobs in the Covid (and every other) crisis. In the post-Covid recovery that is underway, many more women than men have not been re-hired nor have new jobs, such as in climate ministries, gone to them. The same goes for education: They left school more than men and have not returned as frequently. Though Covid did not cause new inequalities, it exposed and enhanced ingrained inequalities.

In the day I sat in on the governmental sessions in person, in one hour I heard governmental interventions which went all over the feminist spectrum. For example, the representative from the People’s Republic of Korea (North Korea) send a man to the Commission on the Status of Women. He was almost done with his report by the time I understood that the word he was saying meant “human,” in fact it was supposed to be “woman.” He said that women in Korea had been perfectly free since the 40s and thus he had no deficiencies to report. After he finished his speech, he picked up his briefcase and left the room. I heard some normal reports too, ones which might be true. They were almost all delivered by women, but within this hour I also heard a representative from the Holy See, a man, who was of course completely opposed to family planning, and something really strange, a man from Afghanistan who immediately said that this was the first time in years that Afghanistan hadn’t sent a woman and the Taliban was destroying all the work to help women as fast as it can.

How could that person possibly have been sent by the government? He must have been there from before and the Taliban didn’t see fit to send anybody new to the CSW. He must have been thrown out immediately after the session, if not murdered, unless the Taliban considers anything about women to be of such low priority that they don’t even investigate what he said.

On the subject of the Taliban, on a panel discussion organized by UN Women, Negina Yari, a woman entrepreneur who recently fled from Kabul, said that the Taliban does not allow women to work outside the home. There are efforts to create online work for them but she had felt too personally targeted to stay. She said that apart from her, women in security and media are targeted and must be on the run. The Taliban will tolerate none of them.

Climate change will continue by one catastrophe after another. Catastrophes will continue to impact more on women and other underserved and marginated groups, leading in many cases to violence, both physical and economic. Yesterday’s programs for women will not be sufficient. New programs must acknowledge the link between climate pheonomena and violence against women from the start. Toward that end, many more women must be included in every new climate ministry being created. Eco-catastrophe is also human catastrophe. We must start to work now.